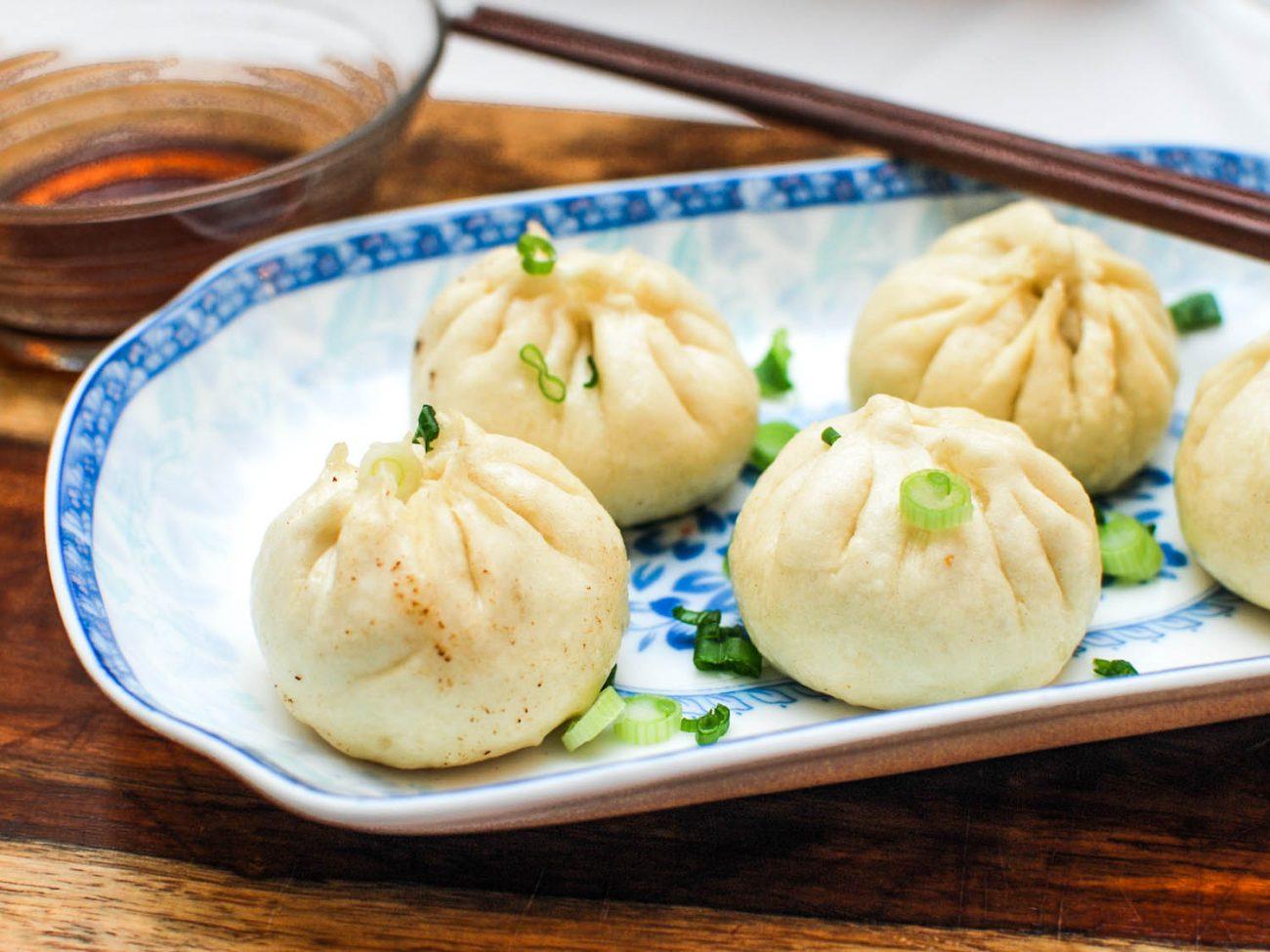 You need to login or register to bookmark/favorite this content.

Xiao Long Bao, a soul-warming dim sum soup in Taiwan, is thought to be originated from China. When it comes to dim sum, anyone might think that this is a small dumpling. However, when eating this dish, the miracle thing is inside of the dumpling. The strange delicious soup pours out from the the delicate buns.

Where are soup dumplings from?

Though the origin of Xiao Long Bao is not defined correctly, people still believe in two mysteries of this  unique dish.

The first mystery happened at Nanxiang, a suburb of Shanghai (China) in 1875. Huang Mingxian, an owner of the Ri Hua Xuan restaurant, was believed to invent a kind of small dumpling called Xiao Long Bao and sold them near Guyi Garden park. The two oldest restaurants serving this dumpling are Nanxiang Mantou Dian (Yu Garden area) and Gulong (Guyi Garden).

Xiao Long Bao is one of the most famous Shanghai steamed soup dumplings, but one of the most time-consuming to make into the finished. Inside the small dumpling, the main filling is made from chopped pork, pork skin, and gelatinized special soup. When you steam the dumpling, the gelatin melts. Now All Asia Recipes will show you how to make authentic Xiao Long Bao from homemade ingredients.

There are no reviews for this recipe yet, use a form below to write your review
Close
Login to write a review
Forgot your password?
Korean Kimchi Braised Pork Ribs Japanese Seaweed Soup With Miso Broth