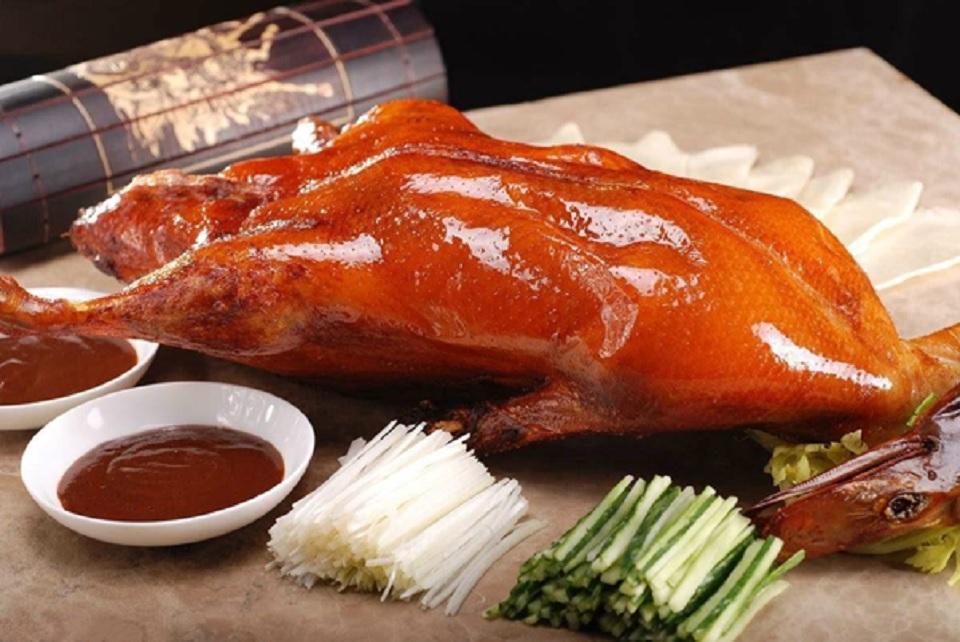 You need to login or register to bookmark/favorite this content.

Are you looking for a perfect receipt of Peking duck for your special meal tonight?

I’ve fallen in love with Peking duck since last year when I had a short trip to Beijing. A roasted duck with the beautiful lacquer honey hoskin and the five-spice glaze makes me so impressed. The slices with crispy golden skin separated from the meat with no fat made me understand why this is one of the essences of Asian cuisine.

Peking Duck (Beijing Roast Duck) – special food of Beijing cuisine, is a must-try dish of China. Its history comes back to Yuan Dynasty when Peking duck was firstly mentioned in an Imperial cookbook. And then in the Ming Dynasty, this dish was one of the main courses in the Imperial menu.

Since it was served in royalty only, the traditional method is laborious and complicated, requiring three days of preparation. Today, the simple recipe for a home version is much easier but the taste still comes close to the original.

There are no reviews for this recipe yet, use a form below to write your review
Close
Login to write a review
Forgot your password?
Stuffed Bitter Melon Soup – A Vital Dish In Vietnamese Meals Thai Tom Yum Hot Pot Recipe With An Ultra-Delicious Taste