You Will Need 4 Years To Try All Types of German Sausage? 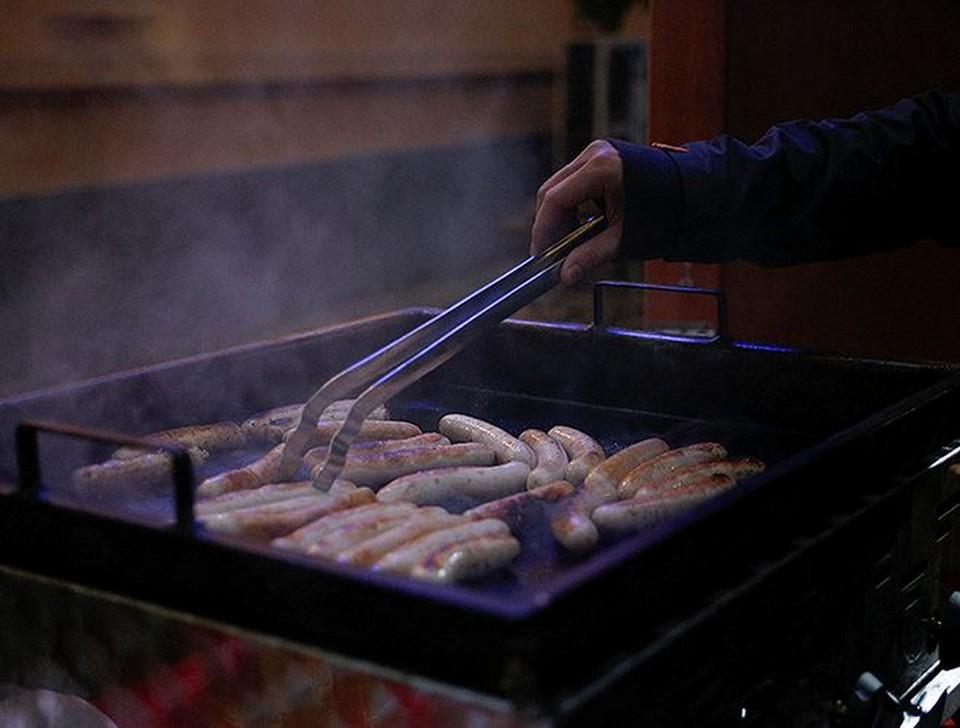 When dining in any German restaurant, you will be confused by an endless list of different sausage names. When it comes to German cuisine, people often say that if you try a new type of German sauces each day, it will take you 4 years to taste them all. In this article, All Asia Recipes will share you top best kinds of German sausage.

Believe it or not, German cuisine includes more than 1,500 kinds of sausages made from German’s tastes that are diverse and full of flavors. This number can be attributed to each village’s and land’s unique recipes and ingredients to make unique sausages with indigenous stamps. When dining in any German restaurant, you will be totally confused by an endless list of different sausage names. Likewise, while in a supermarket to buy some presents, you will be standing still at the sausage stall before you end up choosing those with the line “best-seller” on their packages to save your time and effort. At that very moment, you will truly understand 100% of the greatness of the words “German sausages”.
Being well-known as a kind of street fast food, sausages can also be served as main courses in luxurious food establishments. Obviously, it’s no exaggeration to call sausages the national spirit of German peoples and the core value in German culinary arts. Generally speaking, there are 4 basic ways of processing sausages:

This is the most famous street fast food in German cuisine. Made from pork and beef, the sausage is spiced up with ginger, nutmeg, coriander or carum. Then, it is grilled at the outer edge and often served with tomatoes or mustard sauce. This dish appears in virtually any BBQ grill of all outdoor parties, especially in the summer.

Like a piece of sausage inside an American hot dog but with more flavors, a Knockwurst is made from pork and beef. Similarly, the German sausage is also sandwiched in a bread and served with Dijon mustard.

Made from smoked pork and beef, Weisswurst is full of flavors and sometimes saltier than the taste of many people. Inside a sausage of this type, the meat is mixed with coriander, lemon, leek, ginger, and cardamon. Then, the sausage is boiled in boiling water.

Herta Heuwer created this dish in 1949, Berlin. Currywurst is made from pork and then steamed in tomato sauce and curry powder. It turned out that these ingredients were inspired by the British army during Wolrd War. The grilled sausage is cut into pieces, topped with curry and added with some chili powder before it is ready to be served. Now, the dish is served with potato and bread as a main course.
Along with sausages, there are some unique side dishes in German cuisine. Like in most European countries, potatoes are the fundamental source of starch in the everyday meal of the German. Potatoes were served in German meals in the late 17th century and since then, have become an indispensable part of the national cuisine.

Potatoes are crushed into smaller pieces which are then pressed together and fried as a whole like a pancake. Before frying, the potato can be mixed with eggs, parsley, and leek first. Potato pancake is often served with eggs for breakfast. Besides, it can be served with applesauce and sour cream for dessert.

Boiled to perfection, potatoes are then crushed, mixed with eggs and fresh cream before being molded until it has dumpling shape and is boiled in water that is adjusted with salt. This is the perfect food to serve with meat dishes and remains as tasty when eaten alone.
This dish is so well-known and popular that in Germany, there are “potato dumplings” museums to serve visitors. There, you will learn about the history of the food and the right way to process them, as well as treat yourself the most savory “potato dumplings”.

Pickled cabbage is a type of side dish that helps reduce the greasy taste of meat and so ensures the perfect balance for your meal. Cabbage is first julienned into strips which are then pickled into vinegar as if you are making salted vegetables. Once finished, the dish features a tasty crispiness which is tempting.

Spaetzle is dubbed as the most delicious vegetarian food not only in German but also in Austria and Swiss cuisine. Egg noodle is often made by the hands of the housewives. Any German woman can make the dish smoothly. The ingredients include flour, eggs, and salt.
In the traditional way, mixed spaetzle powder will be distributed evenly on the surface of a wooden chopping board. Use one hand to stabilize the board and the other hand to hold a knife or a trowel. Next, cut the spaetzle into strips and put them right into the boiling pot of water below. As a result of being made by hand in this peculiar traditional way, the egg noodle will have a weird look. However, this makes the cheese-topped egg noodle that much satisfies visitors when tasting German cuisine. Spatzle topped with cheese is served with meat dishes or it can be the main course itself.

To be precise, the bagel is a familiar type of cake, a snack favored by the German which can be found in every bakery on the street. Pretzel is a salty cake scattered with sesame. Viewed from the outside, the crust is crispy but inside it’s vibrant and soft.